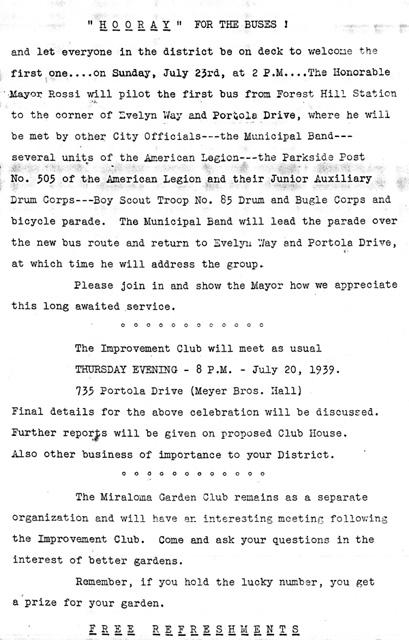 Neighborhood historian Rosalie Kuwatch writes, “Half the homes in Miraloma Park were finished in 1940, when, true to their plan, Meyer Brothers, built the clubhouse they had promised so the residents could form a voluntary association to maintain their planned community. Built on Del Vale Avenue off O’Shaughnessy Boulevard on land leased from the San Francisco Water Department for $1.00 a year, it was dedicated on November 10, 1940. The Department of Public Works graded the clubhouse parking lot in exchange for permission to store tools and equipment during the construction of O’Shaughnessy Boulevard. By July 1946, the combined Garden and Improvement Clubs had a membership of 1,000, an unequaled record in San Francisco. Organized community groups had significant political power and unified citizen action kept neighborhoods upgraded. The Miraloma Park Improvement Club has always been vigorous in pursuit of benefits and prevention of negative influences.” Throughout its existence, the Club has continued in the tradition of defending the character of Miraloma Park, encouraging preservation of open space, careful maintenance of homes and respect for neighbors, and the continuation of the legacy of an open, lower density urban neighborhood of individualized homes graced with ample light and air – keeping Miraloma Park truly ” a suburb in the City.” 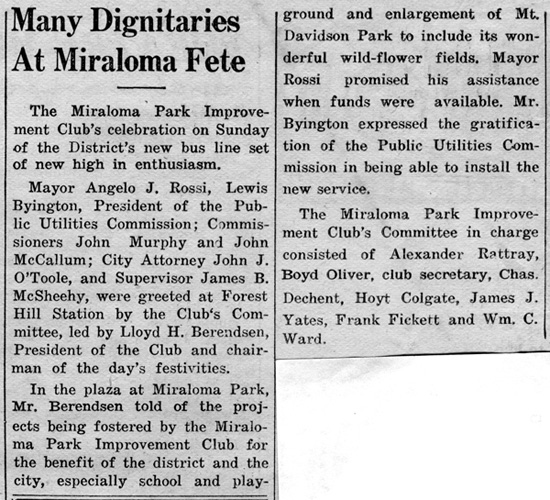 1939 article about Mayor Rossi driving the first 36 bus. The occasion was celebrated with a big parade of American Legionaires,Boy Scouts, and school bands at the business district on Portola Drive.(Courtesy Miraloma Park Improvement Club.)

Inside Muni,” published in 1982 by John McKane and Anthony Perles: 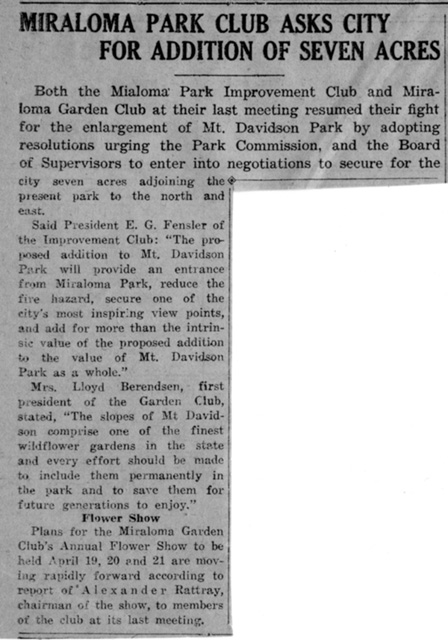 Early residents, together with other city and state organizations, fought off plans to build roads and a reservoir at the top of Mount Davidson to save the forest and panoramic city park. The city’s highest water system tank at 900 feet was added in 1953. Holding 75,000 gallons, it is uniquely buried into the hillside to avoid impact to the visual enjoyment of the park. 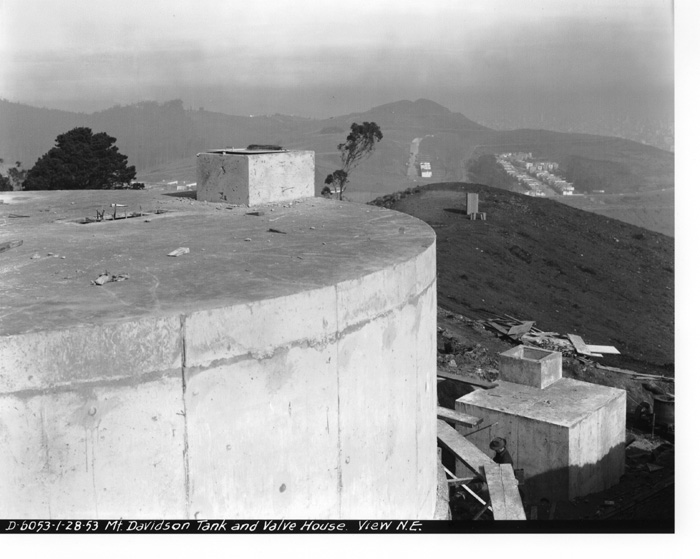 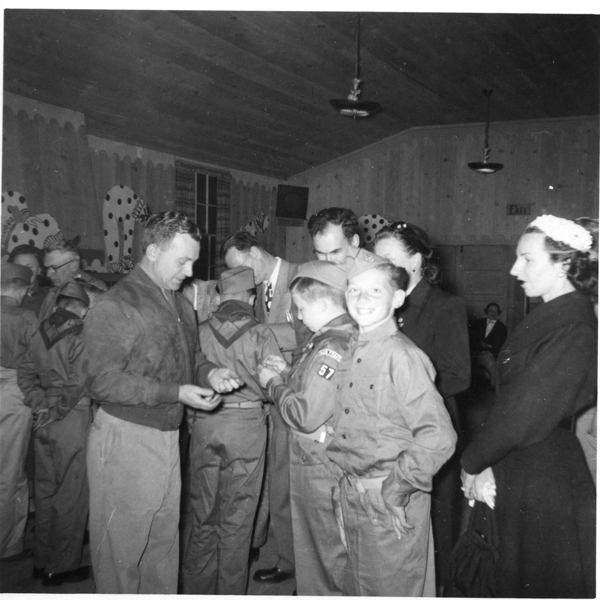 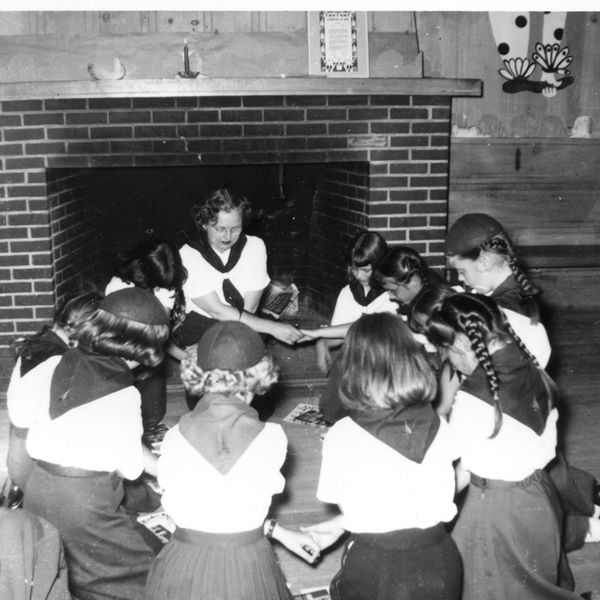 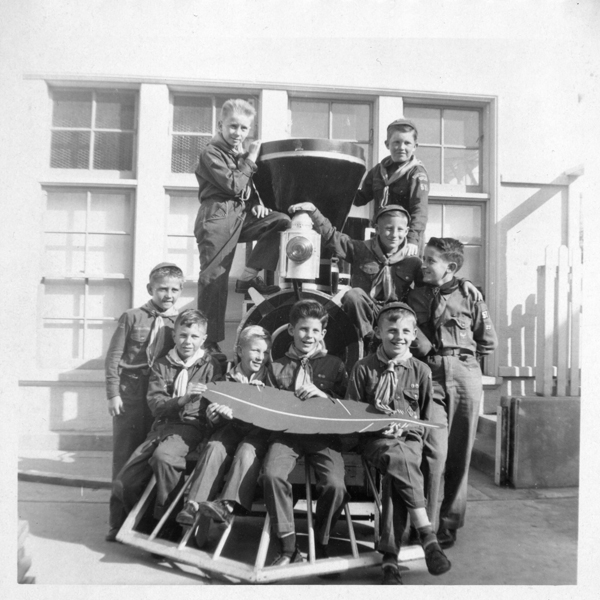 The Miraloma Cub Scout troop pictured here in 1951 on the life size train they made for their event and then donated to the Infant Shelter on 19th Avenue (now home to the Conservatory of Music. (Courtesy Bertha Jones.) 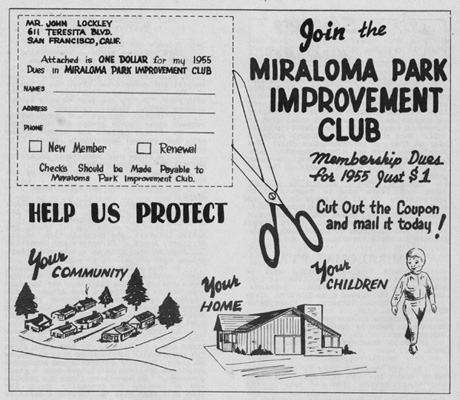 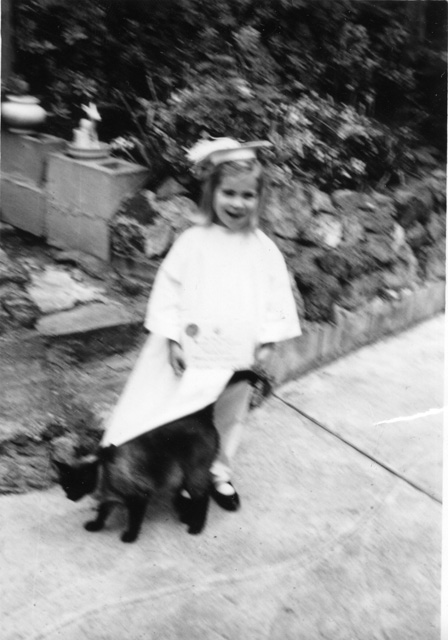