This small single-family neighborhood is nestled on the south slope of Mount Davidson. Bordered on the east by Yerba Buena Drive and San Jacinto Way on the west, it is crossed with “the woods” streets: Ravenswood, Maywood, Fernwood, Rosewood. The first two-story custom homes constructed in the 1920s were as large and nice as those next-door in St. Francis Wood. Construction halted during the Depression until 1938 when split-level houses with garages were added through 1942. “Uphill from St. Francis Wood, along streets that swirl around a small peak, are big houses with big dogs and big cars out front. For a city that was mostly developed with single-car garages, this neighborhood is uncommon for the number of double occupancy car shelters. Front windows reveal a striking preference for flouncy satin draperies. The total effect is one of an extremely handsome neighborhood.” (courtesy Nelson Foss.)

The entrance to Monterey Heights at Monterey Boulevard and Yerba Buena in 1932. In order to generate the sum of $130,000 required for construction of the present day St. Emydius Church, the Pastor decided on a unique solution: the raffling off of a brand new house. A lot was purchased at 245 Brentwood and a beautiful Spanish-style bungalow: “Casa Emydio” was built, complete with interior furnishings. The fundraising project was a notable success. After an initial dedication on September 18th, at which Mayor Rolph was present, the raffle took place at a ball in the Civic Auditorium on December 15, 1927.(Courtesy Ken Hoegger.)

Harold G. Stoner designed many of the houses in Monterey Heights including this beautiful Tudor at 225 Maywood in 1929 and those shown below along Monterey Blvd. 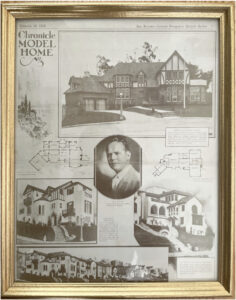 Originally built in 1930 for Mr. and Mrs. P. Heald, 85 St. Elmo Way was purchased in 1943 by Eugene “Deck” and Florence Moore for $27,000. Nearly an acre of property, “no one wanted it when vacated during World War II.” This was the last home built and lived in by the builder of Westwood Park, Hans Nelson. Charles F. Strothoff designed this home as well as many in St. Francis Wood and Westwood Park. (Courtesy Bill Moore.) 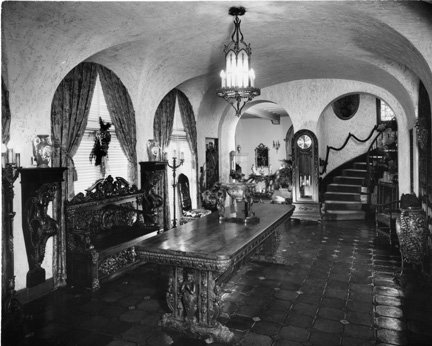 The Moores in front of their 1942 Packard: Bobby in front, Evelyn, Florence, Deck, and Patsy, left to right in rear, with their St. Bernard puppy, Duke, in 1944. (Courtesy Bill Moore.) 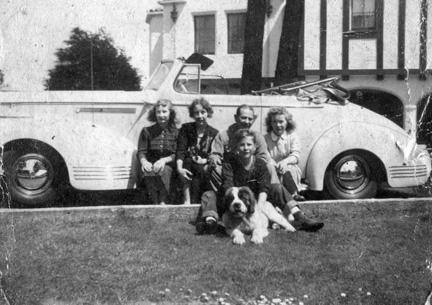 Warren Coughlin, Jim Hart, and Bill Moore on leave from World War II in 1944 enjoying the sunny day in the backyard of Bill’s home on St. Elmo. Saint Ignatius High School graduated them, Joseph Bisho Jr., and a whole group of others in 1943, six months early, so they could be drafted to fight in World War II. (Courtesy Bill Moore.) 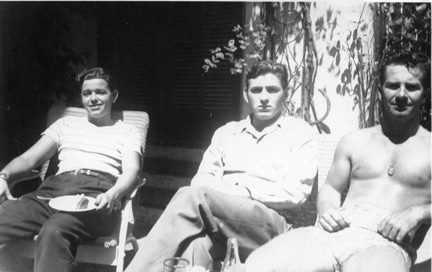 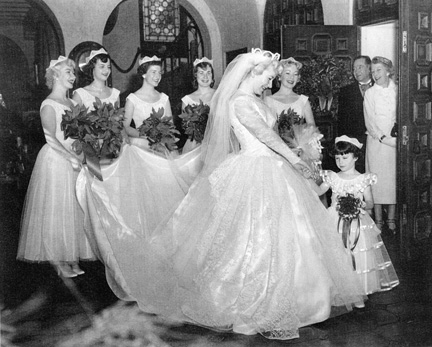 Inside 85 St. Elmo on Evelyn Moore’s wedding day in 1953 with her admiring parents, Deck and Florence Moore, in the doorway. (Courtesy Bill Moore.) 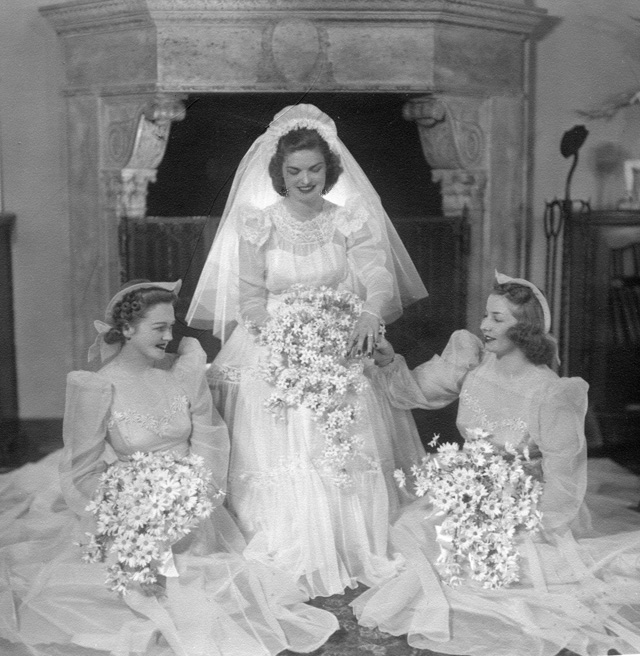 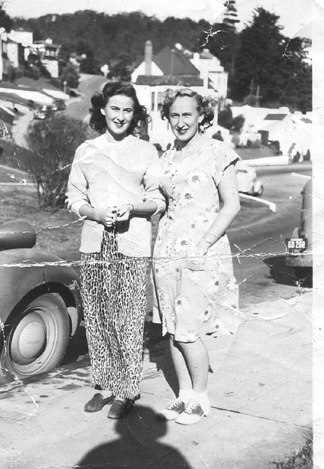 Bobbi & Nancy Brown standing in front of their house on Monterey Blvd at St. Elmo about 1946 while attending Lincoln High School.